With a background in the education, not for profit and corporate sectors and over twenty years of leadership experience, Suzi Finkelstein brings a wealth of knowledge to her role. Over her career, she has built a strong reputation for delivering exceptional outcomes with a particular focus on transforming the performance of leaders and their teams. As a Consultant and Executive Coach, Suzi has worked across all levels of leadership, from aspiring leaders to team leaders to senior executives at many of Australia’s most highly regarded organisations. Suzi has an informed grasp of the conditions women face in the workforce today gained from working with thousands of women from across Australia over the last five years in her role as Head of School, Women & Leadership Australia. Passionate about developing capability in others through learning pathways, she takes great pride in her specialized skills in high-level relationship management where strategic thinking, inclusive practice and cultural development flourishes. She is consistently acknowledged for her ability to connect and engage deeply with diverse stakeholders, creating significant outcomes.

Libby Lyons was appointed Director of the Workplace Gender Equality Agency in October 2015. She oversees a statutory reporting process which gathers gender equality data from over 12,000 employers and covers more than 4 million Australian employees. Libby is focused on working closely with employers to create workplaces in which the skills, experience and ambitions of employees are equally recognised and rewarded, regardless of their gender. Prior to joining the Agency Libby had a distinguished career in corporate affairs and government relations, most recently heading BHP Billiton’s Olympic Dam corporate affairs division. Before this Libby was General Manager of External Relations at Atlas Iron, and held senior roles at CITIC Pacific Mining, Alcoa Australia, the Western Power Corporation and Telstra. She started her career as a primary school teacher and has served on the boards of non-profit organisations.

Kellie Wilkie is a Sports Physiotherapist and the founding Director of BODYSYSTEM Physio, a busy private practice in Hobart employing 12 physiotherapy and 4 administrative staff. 15 years ago Kellie established this business out of a need to create an employment opportunity for herself that ensured her immediate and future health and happiness were optimised at work. As the practice has grown, the challenge has been to ensure all staff have the same working conditions, as Kellie is a firm believer that happy and healthy staff deliver the best possible services on a daily basis. During this time, Kellie has also taken on a role with Rowing Australia as a Team Physiotherapist for the Australian Rowing Team for 5 years and then Lead Physiotherapist for Rowing Australia for a further 4 years. The last 9 years have been a challenging balance of keeping Australia's Rowers in the best physical condition possible whilst maintaining a stimulating and invigorating work place in her own business. Kellie has had the opportunity to attend two Olympic Games over this time and has thrived in an environment that pushes everyone involved to be the best possible version of themselves that they can be. Kellie firmly believes that this has resulted in her being a better physiotherapist, employer and mother.

Annette Holian is a consultant Orthopaedic and Trauma surgeon and was elected to the Royal Australasian College of Surgeons Council effective May 2016. She currently holds the RACS External Affairs portfolio. She has served on the RACS Trauma and EMST committees for many years and is the Chair of the Military Surgery section. As a reservist in the Royal Australian Air Force, she holds the rank of Group Captain and is the Clinical Director for Surgery and Perioperative Services for RAAF. Accepted into orthopaedic surgical training in 1986, her experiences both in training and beyond are a driving force behind her continued contribution as the Victorian lead of the Orthopaedic Women’s Link for the Australian Orthopaedic Association.

Initially practising at Monash Medical Centre with specialization in Paediatric orthopaedics, she embraced the opportunity to visit PNG as a volunteer surgeon. It was there that she first provided medical care following a tsunami in July 1998. She joined the RAAF in 2000, and subsequently shifted towards trauma surgery with a seven-year period as a fulltime orthopaedic and trauma surgeon at The Alfred.  An injury in Afghanistan kept her off work for 9-months but allowed her to step into a role as the Deputy Director of Trauma at the National Critical Care and Trauma Response Centre in Darwin in 2010 where she was able to help lead development in Australia’s civilian disaster response capability. She has undertaken five deployments to war zones including three tours in Afghanistan and several humanitarian disaster responses both as a civilian and in uniform. Her last tour in 2012, saw her leading the first small group of Australian reservists to support the US Navy in the NATO Role 3 Multinational Medical Unit in southern Afghanistan. Most of her career has been in public hospitals with a recent research and writing position in Geneva with the International Committee of the Red Cross. She is currently employed at the Royal Darwin Hospital and completing her Masters of Surgical Education through the University of Melbourne. Her career focus has shifted over time but has always been directed at improving access to surgery for those in need, whether they be children or adults with disabilities, trauma victims, people who live in remote areas, military members, civilians caught up in conflict or victims of a natural disaster.

In service led industries such as health care, our ability to overcome challenges whilst remaining engaged and effective can and does have very real implications for patient care. Personal and professional resilience is not only about strength through adversity but the ability to grow and adapt as a result of disruption. In this way we learn to move forward stronger than before. During this engaging and informative development session participants are asked to consider resilience at both a personal and strategic level in the context of their everyday environment and through their leadership build greater resilience in their teams.

Leadership through change in a health systems environment

Dr Christine Dennis joined the Australian Council on Healthcare Standards (ACHS) in July 2014 as the Chief Executive Officer. Trained as a Registered Nurse/Midwife, Dr Dennis has worked in the Australian health care system for over 35 years. Practising clinically for the first 20 years, the past 15 plus years have included senior roles in policy and planning, health system operations, and in COO/CEO roles in both South Australia and the Northern Territory. She has led multifaceted change, safety and quality improvement programs aimed at raising organisational performance and integrating service delivery across healthcare systems. Her current position incorporates overseeing the delivery of ACHS’s objectives within the Australian domestic market and in international markets including Hong Kong, China, Indonesia and the Middle East.

Minority identity: an asset or a liability in leadership

Ruth is an Honorary Associate Professor at the Department of General Practice, University of Melbourne and a general practitioner and founding Director of an inner-urban general practice. She has clinical and research interests in lesbian and bisexual women’s mental health, sexual health, same-sex parenting, and LGBT health care and homelessness. She is the Co-Chairperson of the Victorian LGBTI Health and Human Services Working group and a member of the LGBTI Taskforce (2015-2018). She is Chairperson of the Gay and Lesbian Foundation of Australia, a national philanthropic organisation for LGBTI people. She was inducted into the Victorian Honour Roll of Women in 2017 for her academic, clinical and advocacy work.

Courage to be kind

Anne Marie Carey, born in Dublin in 1958, moved with her large Irish family to Australia in 1969. She left school at 14 and after six years in the workforce joined a missionary order. Anne studied nursing and midwifery before going to Papua New Guinea where she ran a remote hospital in a poor rural district of PNG.

After 18 years in the order Anne left to work in health care in remote areas of Australia interleaved with Red Cross Missions in war zones overseas and completing her Master’s in Public Health and Tropical Medicine. She was a member of the Red Cross team that stayed in Gereida, Sudan. Gereida was the world’s largest refugee camp and had come under armed attack. All the other agencies including the UN abandoned the camp. Subsequent focus of world attention on the plight of the refugees and the Red Cross workers prevented any further attacks.

More recently Anne became involved in the running of the Red Cross Ebola treatment centres in Sierra Leone. She was there at the height of the epidemic through to the recovery phase. Anne received the Pride of Australia Care and Compassion Award in 2015 and is the 2016 WA Australian of the Year.

The guiding principal by which Anne tries to live is to have the courage to be kind. Currently as the WA Australian of the Year it is Anne’s intention to channel the same energy that she used to tackle the bully Ebola to raise awareness and tackle bullying in the health workforce and the unkind treatment of refugees.

Is this my beautiful life?

Jessica Rowe is a news presenter, author, columnist and mother of two girls, Allegra and Giselle. She has been working in the media industry for over 20 years and is passionate about removing the stigma around mental health conditions. It is a very personal campaign – having grown up with a mother who has bipolar disorder, she understands the chaos and heartache that a mental health condition can cause to a family. Because Jessica wanted to help others by sharing her experiences, she became a beyondblue Ambassador in 2002. Firstly, she spoke about her mother’s bipolar disorder and after becoming a mother, she also talked about her own experience of postnatal depression. This led to her becoming a Patron for the beyondblue Perinatal Mental Health Program.​ 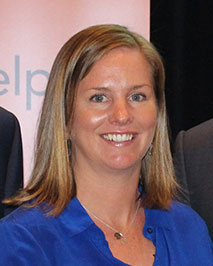 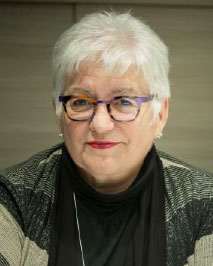 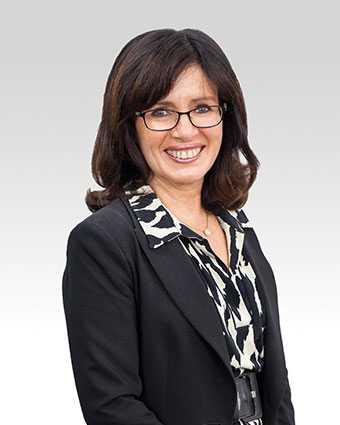 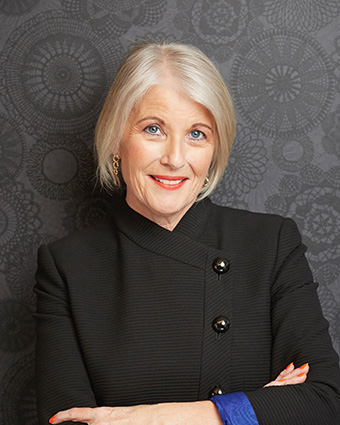 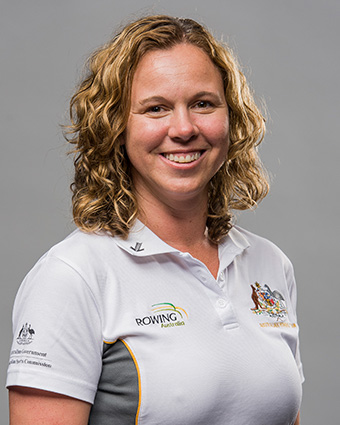 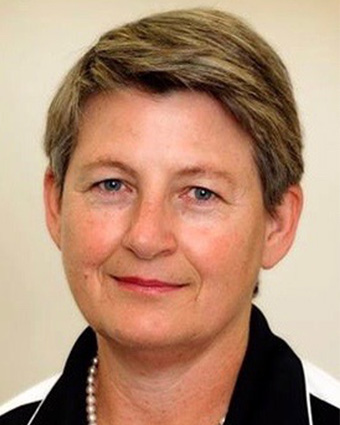 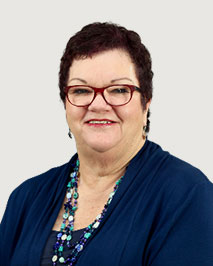 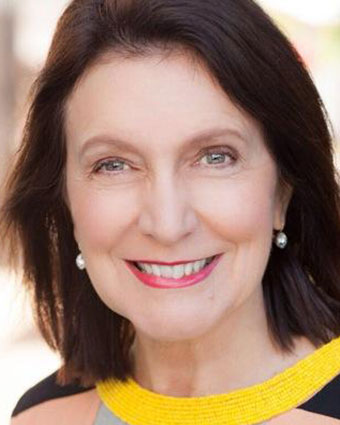 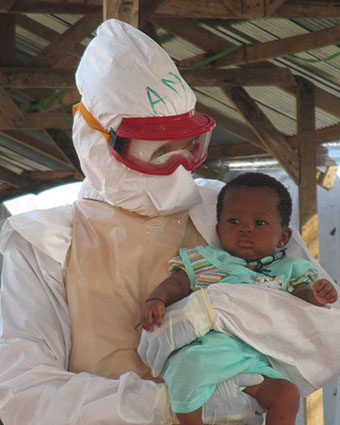 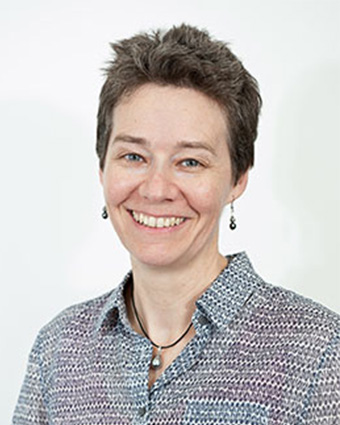 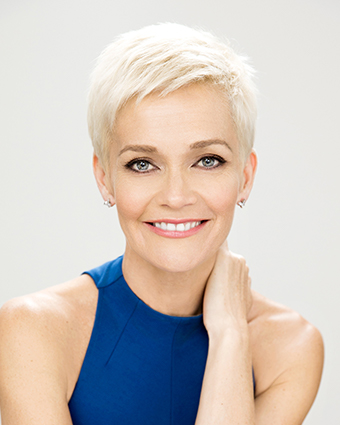