zali Steggall talks to us about leadership  ​

Here at WLA, we are all about amplifying and supporting female leaders. In the lead up to the election, we are profiling women from all sides of politics who are running for state and federal parliament in 2019.

Zali Steggall is a former Olympic athlete who is Australia's most internationally successful alpine skier. She is a barrister who has served as a councillor to the NSW Bar Association, and has also served on a number of boards.

Zali is running as an independent candidate in the seat of Warringah in the 2019 Federal Election. The seat is currently held by former Prime Minister Tony Abbott. We had a chat to her about what motivated her to run, what she hopes her leadership legacy will be and her priorities if she gets elected. 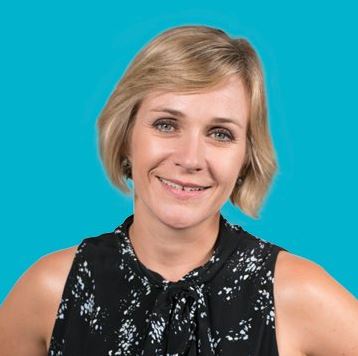 What inspired you to run as a candidate in the seat of Warringah?

I guess a combination of factors. For me, I have been fairly disenfranchised with our federal representative for many years. It was that sense of really no interest in listening to the views of the electorate or having any kind of more progressive agenda. I think our current member is just very much stuck in the past. It was the lack of female representation, as well. Over the course of last year there was a very strong conversation about why there aren't more women in Parliament. My point is there won't be unless we stand up.

And then there was an overall concern in terms of policy areas like climate change and environmental protection where we're really not progressing. It's not an area of priority I think to our current member. The reality is we are never going to get progress as a nation on that front while we've got his negative voice in Parliament.

Do you think it is harder for women to enter politics in Australia?

Look, clearly it's hard. It appears to be harder for women in the Liberal Party, I think that's a fair assessment. I think the Labor party has put in place better measures, but again if you look at the statistics, there's been overwhelmingly more male leaders than female leaders, so that has to change.

I think for women, being an independent is probably the most well suited method of becoming a politician, because it allows for that focus on the electorate as opposed to a hidden agenda within a broader party.

Who have been the biggest supporters of your political career?

My supporters have been very varied throughout my career, in both my sporting and legal career. I've had a lot of support from people that were already well established, from people that have succeeded in their various fields. In this endeavour there are various well-established individuals within the community, business people and environmental activists and people that are just very proactive and very much willing to give something a go who have been big supporters. As an independent campaigner, I realise that  a supporter has to be willing to take a risk to cast their vote for you, and I really appreciate that.

Integrity. From my point of view as an athlete, integrity is what it is always about. I very much always played by the rules. I've been an arbitrator in the Court of Arbitration for Sport, and I'm on the Anti-Doping Panel, so for me it’s all about integrity. No result achieved by nefarious means is really worth anything. So I want my legacy to be that I acted with the utmost of integrity and represented the people of Warringah with honesty.

How has your career as an elite athlete informed your leadership style?

Well, as an Olympic athlete, or any top level athlete, you develop certain skills. You don't get there without it. You develop resilience, strong determination, an ability to develop and execute a plan in many aspects of your life: in terms of your training program, your travel program, your budget, your sponsorship, and more. You're very much running a small business when you're an athlete, especially an individual athlete.

My ten years at the Bar has been a continuation of that. You're again running a small business and you have to plan litigation and be part of a team when it comes to your solicitors, legal briefs and clients. At the same time, you have to take responsibility and deliver the work when it comes to being in court in front of a judge. That now flows on directly to working on my campaign at the moment. We're very much applying the same principals.