Addressing a wide range of topics including gender equality, leadership, career advancement and life fulfillment, the Symposiums offer an important opportunity for Australian women to stay abreast of current local and international trends. Designed to encourage interaction and collaboration, the events create a setting for women leaders at all levels to reflect on their experiences, envisage a future to which they are entitled and draw inspiration for the journey ahead.

Showcasing the country’s most respected and celebrated female talent the Symposiums annually attract over one hundred inspirational guest speakers and presenters. Richly diverse in their achievements and fields of endeavour, Symposium speakers are universally recognised for their vision, resilience and capacity to influence change. By sharing their unique skills and knowledge, Symposium speakers encourage participants to unlock their innate strengths and talents and pursue their own unique vision of success.

Drawing participants from every corner of the nation, the Symposiums offer an unrivaled opportunity for participants to extend their networks and develop lasting friendships and alliances. Through the sharing of personal experiences, participants unlock a spirit of camaraderie which typically extends far beyond the events themselves. Each year women from highly diverse backgrounds are drawn together through the Symposiums leading to powerful opportunities for collaboration on important national issues.

Planning for success through sharing success

An opportunity to step back, reflect and focus

Attended by a veritable who’s who of Australian organisations, the symposiums represent an accessible platform for businesses to remain connected to the gender equality debate and compare the latest thinking and strategy.

Showcasing celebrated and respected women from every field of endeavour, the events are synonymous with excellence and achievement across all facets of business and community leadership.

The inspiring speakers have ignited the urge to make changes in my work and personal life upon my return home.

Today was very inspiring and motivating. I am currently undergoing the WLA Executive Ready Program, and this day has added value to the learning.

I really enjoyed everything about this symposium. The keynote speakers were absolutely fantastic and relevant.

Best two days of my life!

It is so rare to be immersed in a professional program that encapsulates the value of women and how it really matters in the world. 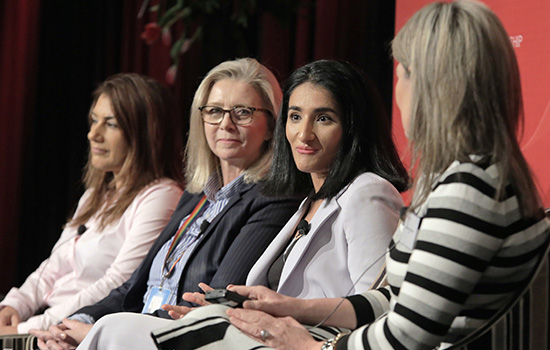 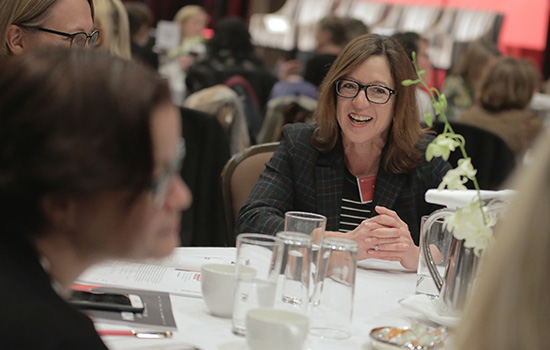 The Australian Women's Leadership Symposiums are a national series of events focused on the experiences of women leaders in the contemporary workforce.

Held annually, in every state and territory, the Symposiums have been running for over ten years and have become the most highly attended women's leadership events in the country.

Both participants and speakers share their leadership journeys and experiences at the WLA symposiums.

WLA symposium participants share their experiences and impressions of their time at the event.

Magistrate of the ACT Magistrates Court

Solicitor and Owner, Terri Janke and Company; 2011 NAIDOC Person of the Year

Select your State to book your tickets